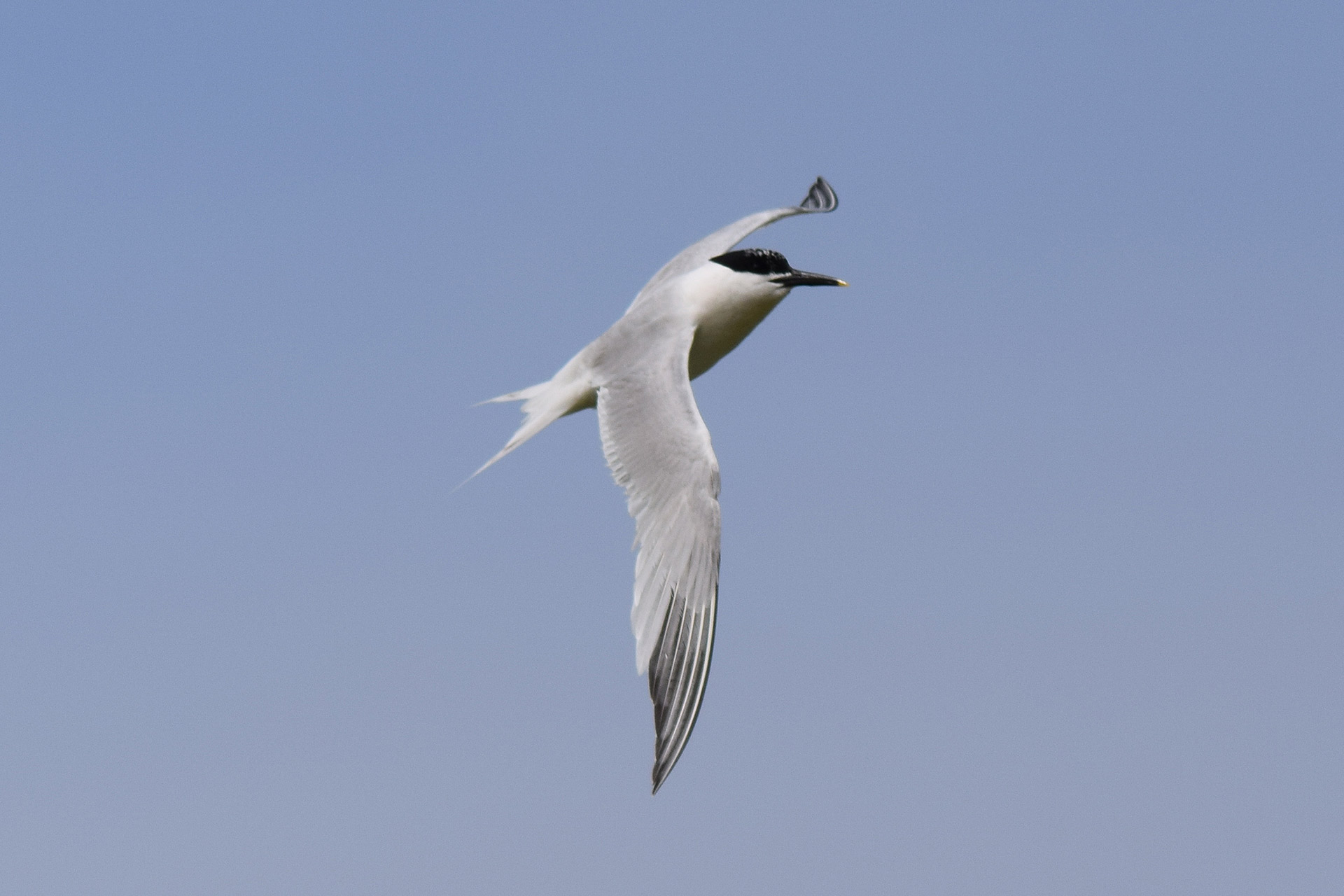 We have been undertaking a number of breeding bird surveys, and here are a selection of photos we have taken of terns this season. We will be posting photos from other breeding bird surveys here also, so please sign up to ECOFACT NEWSDESK on this page to receive all our updates.

Ireland has five species of terns: Sandwich Terns Sterna sandvicensi are the largest, while Little Terns S. albifrons are the smallest. The three middle-sized terns are Roseate Tern S. dougallii, Common Tern S. hirundo, and Arctic Tern S. paradisaea. All five species are listed under Annex I of the EU Birds Directive, and Ireland’s tern populations are of International Importance. Ireland is home to 80% of the European population of Roseate tern – classed as one of Europe’s rarest breeding seabirds. The largest Irish colony is on Rockabill, off the coast of Skerries in Co Dublin. Ireland’s tern species winter along the southern and western coast of Africa, or in the case of Arctic tern the oceans of Antarctica, before migrating north to breed here. They are reliant on a good supply of small fish, such as sprats, sandeels and whitefish.

The photos below include Sandwich, Roseate, Common and Arctic Terns are were taken at colonies in Co Wexford, Tipperary and Westmeath during June/July 2015 during ongoing ECOFACT breeding bird surveys.

For further information on Terns please see the following links:-

The breeding bird season is considered to be from March to August, and we survey throughout this period for a wide range of species. The period from August to October is important for surveying migrating species, while winter bird surveys usually encompass the period October to March. If you have a requirement for a bird survey please do not hesitate to contact us.