Filming a documentary on Sea Lampreys 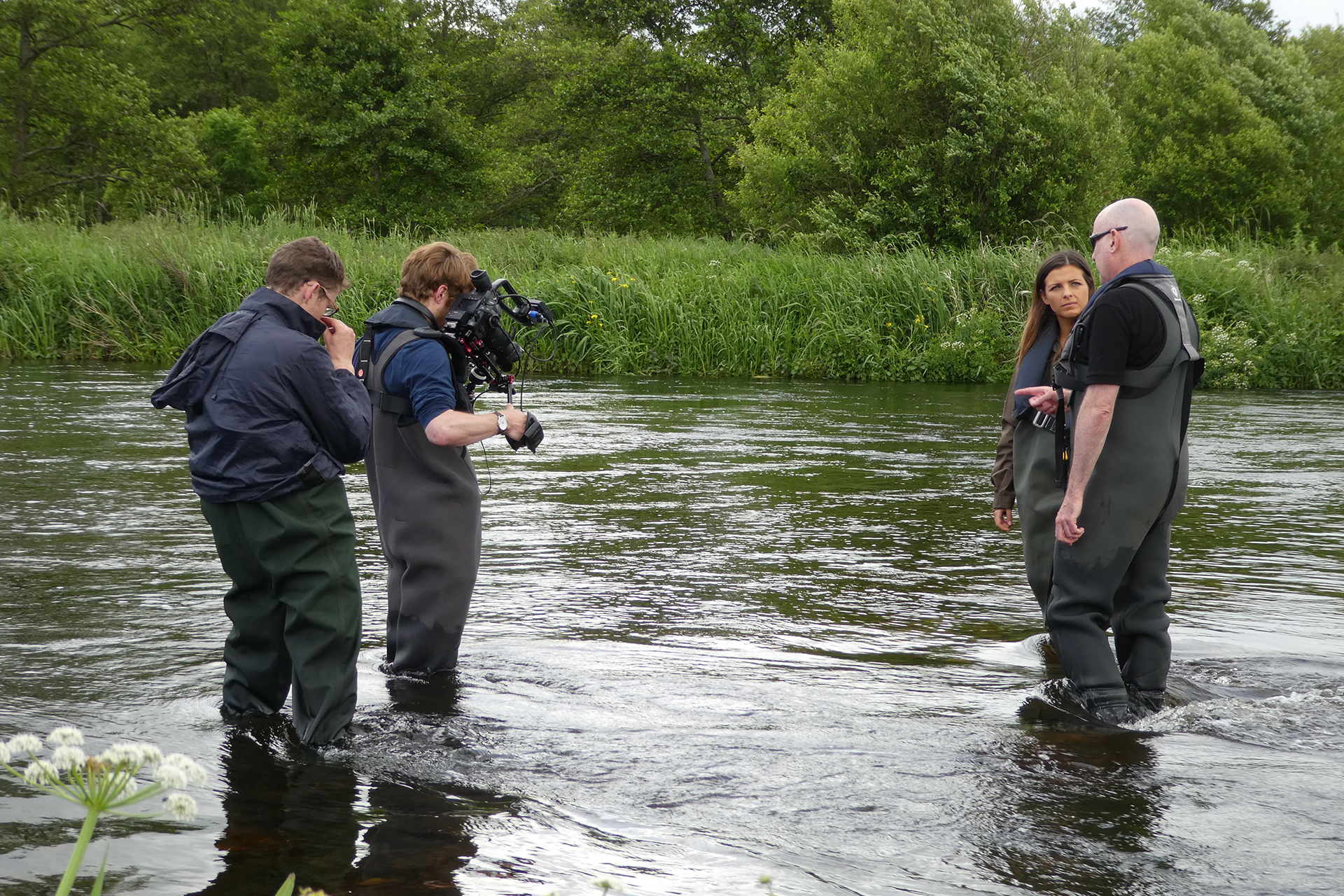 We were delighted to work recently with BBC Earth on a documentary on Sea Lampreys Petromyzon marinus. The filming took place during early-June 2017 on the old River Shannon at Castleconnell, Co Limerick. This is part of the Lower River Shannon Special Area of Conservation, and Sea Lampreys are a key conservation interest of this Natura 2000 site.

The video is now available and can be watched here: https://youtu.be/FodQ96zZEnA

Lampreys belong to a small but important group known as Agnatha, the most primitive of all living vertebrates. Three species occur in Ireland, of which the Sea Lamprey is the largest. They are eel shaped but the similarities between eels and lampreys end there. Unlike eels, lampreys have no jaws or bones with all their skeletal structures consisting of cartilage. Moreover, Lampreys neither scales nor paired fins. As adults their mouth is a sucking disc inside of which sharp cartilage “teeth” are arranged in consecutive circular rows. This mouth – along with their marine hematophagous feeding phase – gives them their somewhat gruesome reputation.

However, Sea Lampreys are extremely important ecologically and are very vulnerable fish. Indeed, they have been lost from many river systems across Europe and are at unfavourable (Bad) conservation status in Ireland. They are threatened by many of the same pressures facing other fish (e.g. pollution, habitat loss). However, due to an extended burrowing larval phases they can be disproportionately impacted on by dredging and other river engineering projects. As they cannot jump or climb, even small barriers in rivers (e.g. weirs) can block their upstream migration. They have been on this planet since before the dinosaurs and bring many ecological benefits to rivers where they occur. We are hoping that this video will help raise awareness of this important species and assist with its conservation in the future.

Along with the other two Irish lamprey species, Sea Lamprey is listed under Annex II of the European Union Habitats Directive (92/43/EEC); and included in Schedule Four of the European Communities (Birds and Natural Habitats) Regulations. It is also listed under Appendix III of the Bern Convention (1979). However, on rivers like the Shannon lampreys have been severely impacted on by dams and weirs, river regulation, illegal fishing, flood schemes and water quality decline. Migratory lampreys are now almost completely confined to below the Shannon dams, with their migration into tributaries of the old river also impeded by weirs.

For further information of lampreys please do not hesitate to contact us at info@ecofact.ie. Also please make sure to share the video after watching it.