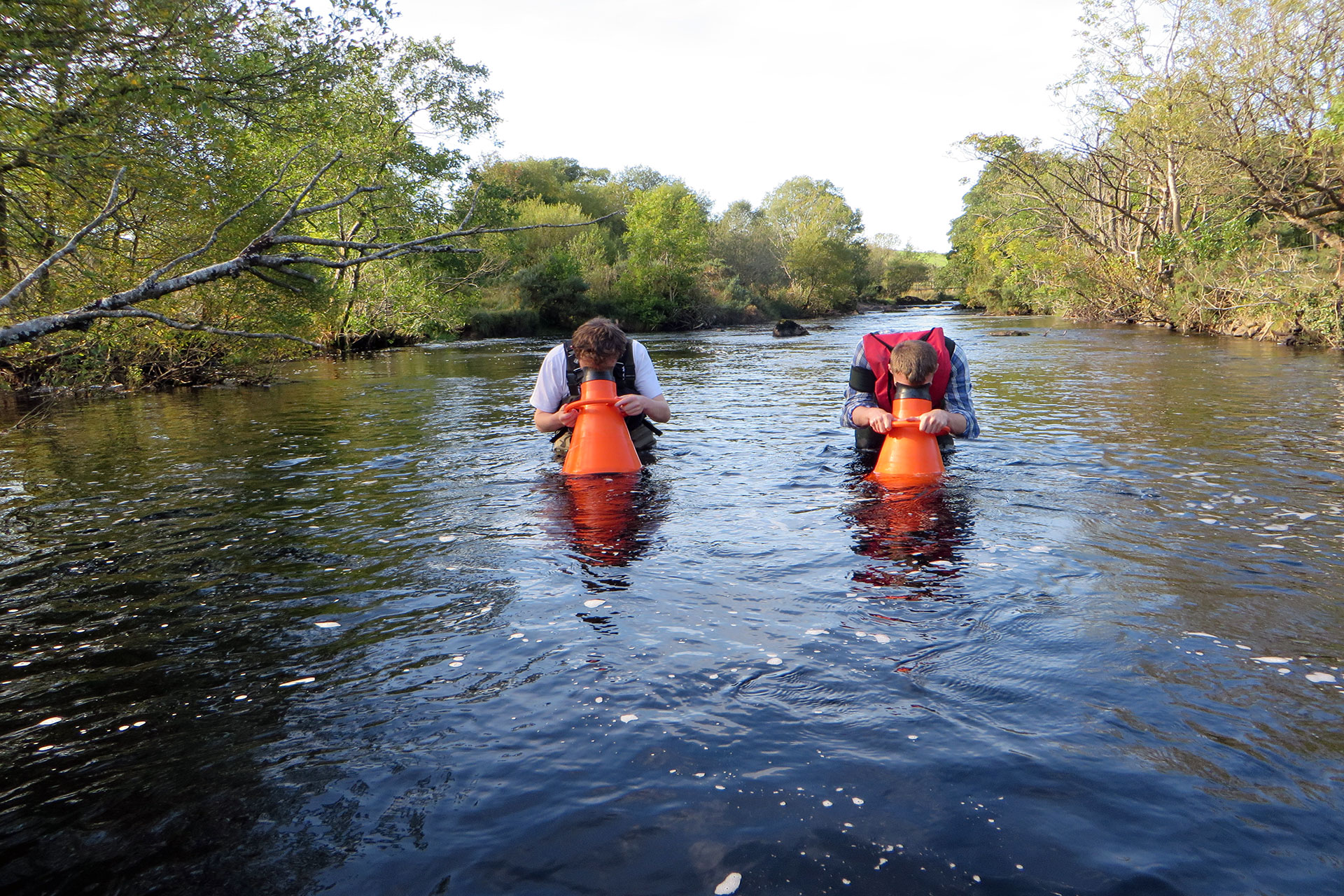 The Freshwater Pearl Mussel Margaritifera margaritifera is a (freshwater) bivalve listed under Annex II and V of the EU Habitats Directive. It is legally protected in Ireland under Schedule 1 of the Wildlife Act (1976 (Protection of Wild Animals) (Statutory Instrument No. 112, 1990) and the European Communities (Natural Habitats) Regulations (Statutory Instrument No. 94, 1997). Owing to its complicated life history and environmental sensitivities it is a key biological indicator species for the habitat quality of river ecosystems. Unfortunately it is in serious decline.

The Freshwater Pearl Mussel is one of the longest-lived invertebrates known – indeed it can live for more than 100 years. It was formerly widespread and abundant in Ireland, however it is now on the verge of extinction. Although it is still found in 162 rivers within 104 catchments/sub-catchments across 14 counties in the Republic of Ireland – where and estimated 46% of all the Freshwater Pearl Mussels in the European Union occur – no Irish Freshwater Pearl Mussel population is viable.  The population is currently assessed as Unfavourable-Bad. The species is furthermore classified as Endangered on the IUCN Red List of Endangered Species due to its unprecedented, worldwide decline during the latter part of the 20th Century. Many factors have contributed to the decline; pollution, siltation, dredging, declines in host fish populations and of course pearl fishing.

ECOFACT is a highly experienced, dedicated ecological consultancy and one of our core services is the provision of Water Quality, Fisheries and Aquatic Ecology consultancy. We consider ourselves to be the leading company in Ireland providing this service. We provide a range of survey and management consultancy services for all protected aquatic species that occur in Ireland, including the Freshwater Pearl Mussel. We have three fully trained NPWS/NIEA licensed Freshwater Pearl Mussel surveyors in-house, along with numerous fully trained banks-persons and field assistants.

Also see these selected videos from some recent Freshwater Pearl Mussel surveys we have undertaken on the Leannan River SAC in Co Donegal and also the upper River Lee (upstream of the River Lee hydroelectric scheme). These surveys were completed using both bathyscope work and snorkelling. Also subscribe to our YouTube channel to see all our latest videos.

The decline of pearl mussel populations in Ireland has mostly occurred from the continuous failure to produce new generations of mussels because of the loss of clean gravel beds, which have become infiltrated by fine sediment and/or over-grown by algae or macrophytes. Macrophytes smother the juvenile habitat even further, and trap more sediment, exacerbating the problem in the long term. Filamentous algae can lead to the death of juvenile mussels, through blocking oxygen exchange with the sediment. The subsequent decay of this algae is a primary source of fine silt in a watercourse. An important element of our surveys is undertaking Freshwater Pearl Mussel habitat condition assessments. We do this by examining the other macroinvertebrates present and deriving biotic indices (e.g. Q-ratings, BMWP, ASPT, etc.), assessing siltation and sediment quality (including comparing Redox measurements in the water column with those in sediments), and undertaking a range of high resolution chemical water quality assessments.