ECOFACT The European eel is currently staging a extraordinary comeback 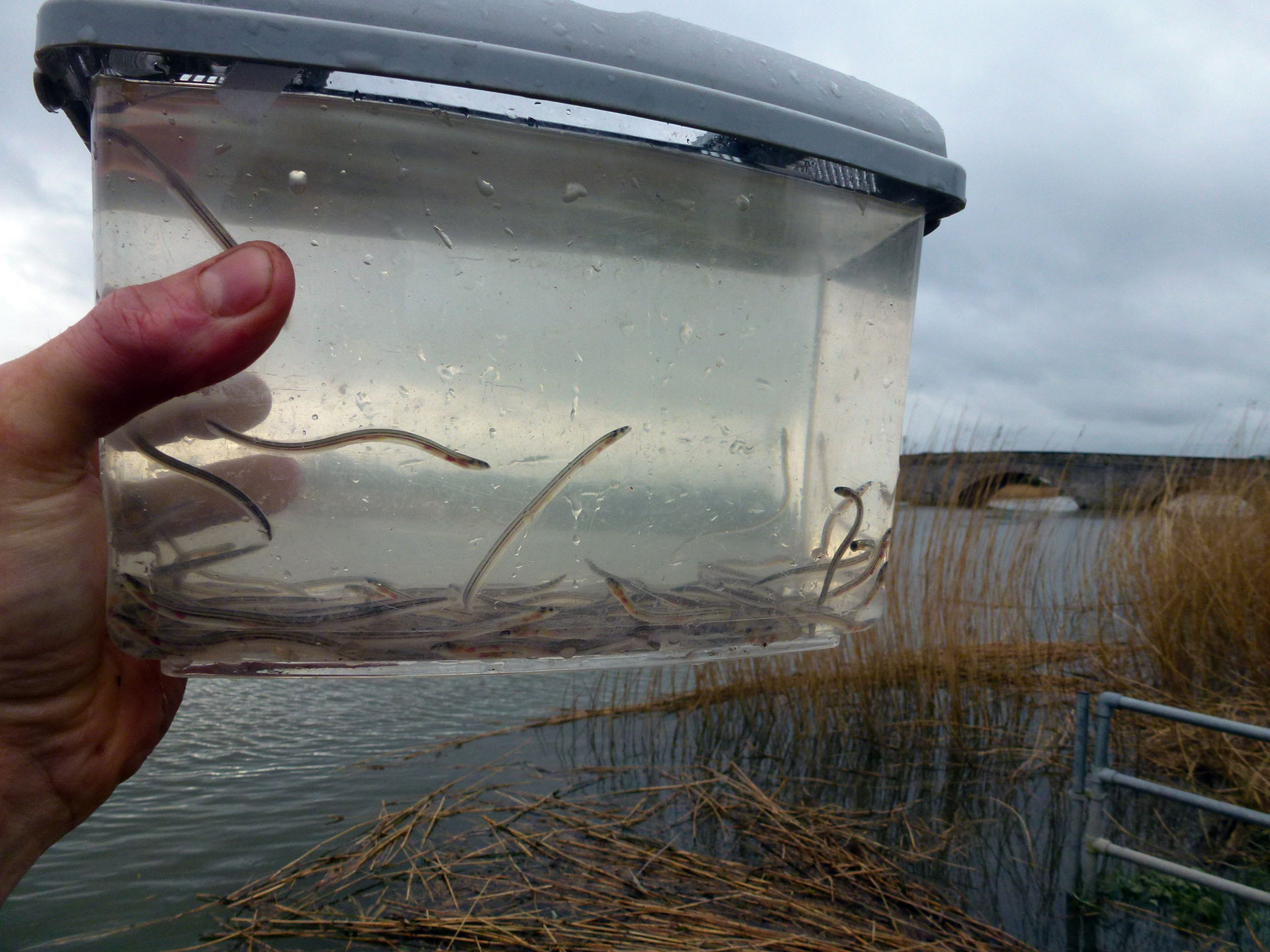 The numbers of juvenile eels arriving to European shores suffered a dramatic decline starting in the 1980’s. This decline has been a source of significant concern and the species has been rated as ‘Critically Endangered’ by the International Union for Conservation of Nature. The reasons why eel numbers plummeted are not fully understood but have been variously been attributed to climate change, changes in oceanic currents, changes in the food supply for larvae stages, loss of habitat (as a result of drainage of habitats and migration barriers), passage mortality at pumps and hydroelectric schemes, pollution, parasites, and overfishing.

The decline of the European eel has lead to the adoption of Regulation (EC) No 1100/2007 ‘establishing measures for the recovery of the stock of European eel‘ throughout the European Union. See our photo gallery below of glass eels from the Shannon estuary collected during early April 2014.

However, the species is currently staging a extraordinary comeback, with a massive upturn in the numbers of juvenile eels (called glass eels and elvers) arriving into European rivers over the past three years. In 2013 the number of glass eels recorded in the Severn and other UK rivers was the best for two decades. However, the runs in 2014 seem are even better again. As with the decline of recruitment over the past four decades the reason for the current upturn is also unknown, but it is thought that more favourable ocean currents are currently playing a key role. What is clear is that this increase in numbers may only be temporary and everything needs to be done to make the most of this upturn.

ECOFACT staff recently undertook experimental dip netting and observations in the Shannon estuary and we can confirm that there is again a major run of glass eels / elvers present here. We made similar observations last year but the run this year may be even larger. We believe that we should be catching these eels and transporting them upstream to make the most of this remarkable upturn in juvenile eel numbers. Due to the presence of barriers on our rivers the eels cannot do this themselves and need this type of help. In the UK the large number of juvenile eels arriving earlier this year has meant record restocking could take place. More than 1 million young eels were released into UK waterways in 2013 – more than ever before. During late March 2014, over 1 million juvenile eels were captured in one night alone and used for restocking, such is the abundance of young eels this year.

To help the eels it is possible to catch them in dip nets and other nets and transport them upstream around barriers to migration and into suitable eel habitats, such as lakes and slow flowing rivers. This assisted migration approach of quickly translocating eels from estuaries to suitable habitats upstream will maximise recruitment. On rivers such as the River Shannon where there are hydroelectric schemes this work becomes even more important as the eels have no natural way to reach the productive eel habitats of the Shannon lakes by themselves. There are elver traps operated on the River Shannon by the ESB and on rivers such as the River Maigue and River Inagh by Inland Fisheries Ireland. However these traps are very inefficient and have not registered the current upturn in eel numbers. At the time of writing the current article these elver traps were not even operational, therefore missing the first part of the major elver run this year. There needs to be much more trapping along with development of a glass eel fishery in the Shannon estuary to rival the Severn in the UK. This would secure the future of the eel in Ireland, and also allow its traditional fisheries to be reopened and managed on a sustainable basis.

There urgently needs to be a change in the way that eels are managed in the Shannon Region, and indeed in Ireland as a whole. We need a new Eel Management Plan for Ireland, and we recommend adopting the practices of the Sustainable Eel Group. There is clearly a major turnaround in the numbers of eels arriving into our rivers, and it is time to capitalise on this opportunity. We need to be involving communities and traditional fishermen again in eel management and getting rid of other forms of eel mortality such as turbine passage mortality at hydroelectric schemes instead. The UK Environmental Agency see addressing non-fishery sources of mortality as being their highest priority, while seeking to maintain a sustainable and economically viable eel fishery. In Ireland we did the total opposite of this and just banned eel fishing and did almost nothing else to help the European eel. The eel fisherman is now a more endangered species than the eel – it is time for change.

If you have any queries in relation to eels or eel management please do not hesitate to contact us. Also see our dedicated website for eels at www.EuropeanEel.com.