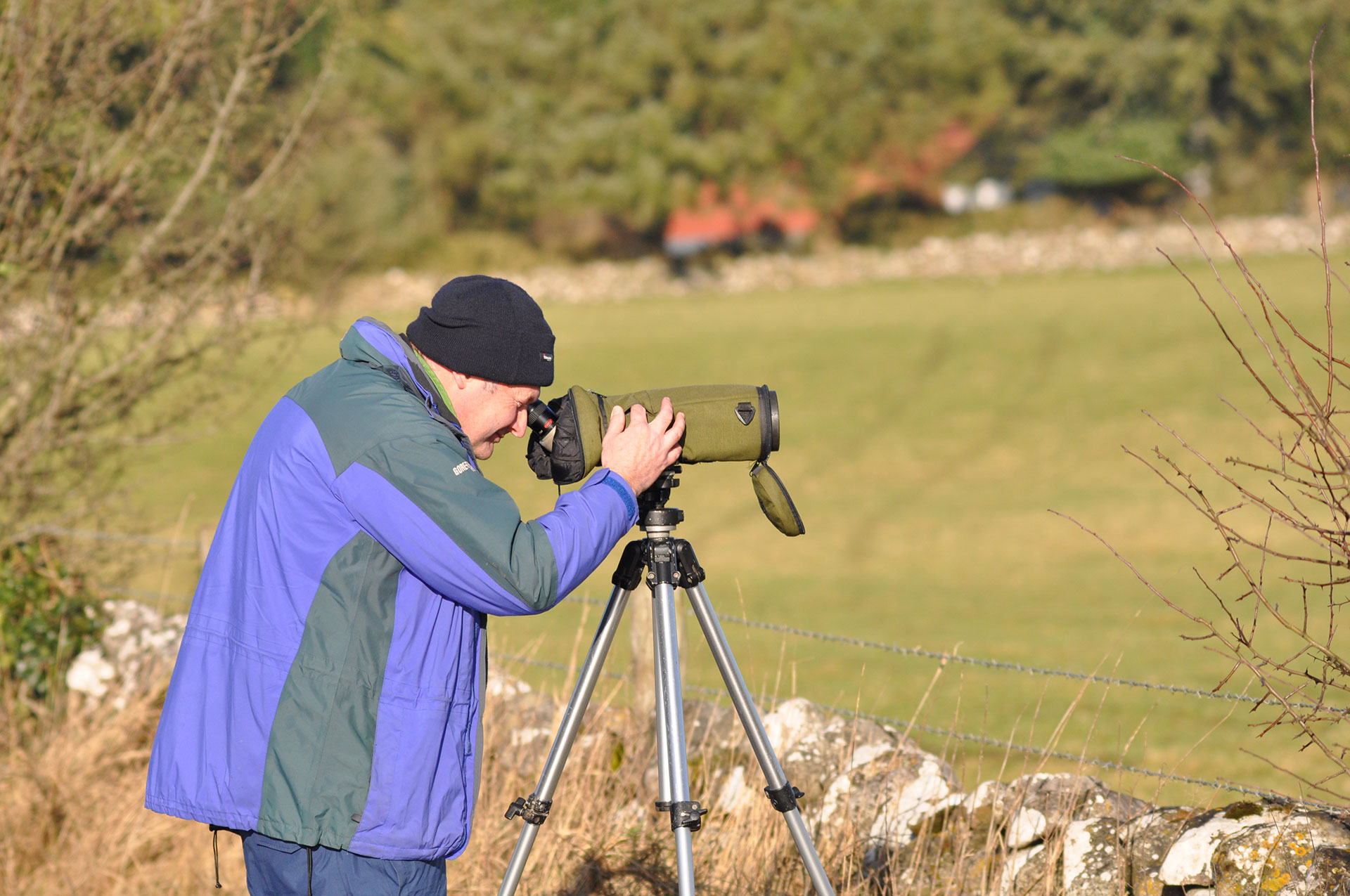 Here are a selection of photos from our ongoing 2014-2015 winter bird surveys in Ireland. Most of our winter bird survey work is in the Irish Midlands, and the bird surveys will be used to inform the Natura Impact Statements and Ecological Impact Assessments being prepared for a number of proposed wind energy developments.

The photos below include Greenland white-fronted geese on the River Suck callows and some selected turlough sites. There are also shots of Whooper Swans at a number of locations, including Bord na Móna bogs. These photos were not taken at any proposed wind farm sites. We record very little bird activity on most of the proposed wind farm sites we monitor during our bird surveys.  The photos below were all taken during extensive bird surveys which we undertake to gain an understanding of regional bird activity. Click on any of the photos below to activate the photo gallery.

We were delighted to see two Bewick’s swans in Co Roscommon in our recent surveys. These swans are now one of the rarest birds in Ireland. The number of Bewick’s swans visiting Ireland has been falling dramatically over the past 15 years. Just 80 were recorded in the 2010 national census, compared with thousands a few decades ago. The latest national census took place in January 2013 – although results are not available yet it. However, Birdwatch Ireland has stated that it expects that numbers recorded will have continued to decline. Our observation here is therefore significant. One of the potential reasons that the species has declined in Ireland is that Bewick’s Swans find suitable wintering sites in other parts of Europe and no longer need to fly as far west as Ireland.

Bewick’s swans fly from their breeding ground in the Arctic tundra to Ireland to over winter, before returning before spring. They are loyal to their winter sites, so the same ones may return to this part of Co Roscommon every year. We have seen Bewick’s swans at this site before, and have been monitoring it now for a number of years. Bewick’s swans are identified by their unique bill patterns.

We are Ireland’s leading independent provider of ecology surveys, and work throughout Ireland and Northern Ireland. We are highly experienced in undertaking bird surveys and preparing Ornithological Impact Assessments. If you have any queries regarding bird surveys, or indeed any type of ecological assessment, please do not hesitate to contact us at +353 61 419477 or info@ecofact.ie.